What I would do as the next World Bank president 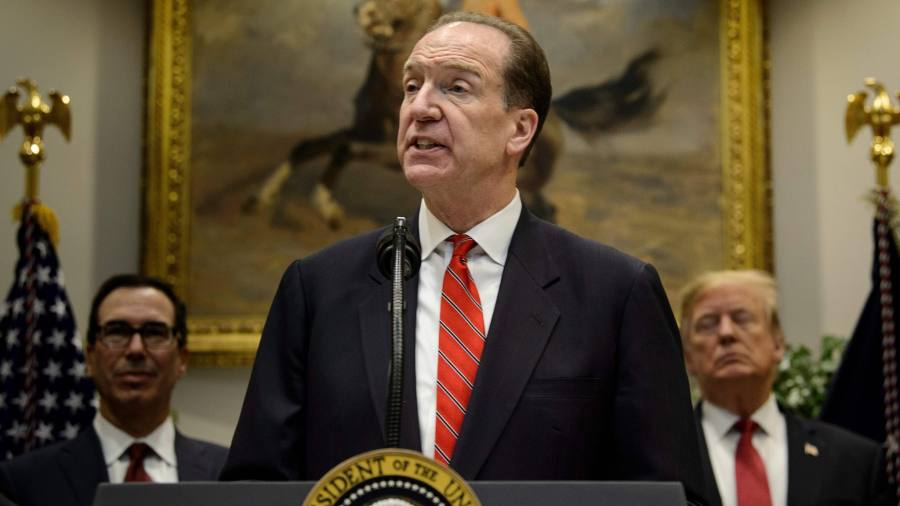 The World Bank has the opportunity to play a key role in fostering broadly shared economic growth and meeting the challenges presented by the 21st-century economy. It can help to alleviate extreme poverty, lift up the standard of living for people in developing countries, and empower women to participate fully in their countries’ economies. To do so, it must focus on its core mission of aiding developing nations and institute measurable accountability standards.

Being nominated to be the president of the World Bank is a challenge I fully embrace. I believe that strong growth principles work, that progress can be made in many of the poorest countries, and that the bank can be effective in promoting breakthroughs. Its many shareholders and talented staff have a wealth of experience and insight that can be brought to bear on the problems and challenges of developing nations. I look forward to working with development officials around the world to make this vision a reality.

If it is to realise its full potential, the bank should pursue measurable success — breakthroughs that materially raise median incomes. This begins with a commitment to prioritise activities that will lead to broad-based growth in each borrower and to a stronger, more stable global economy. The bank should work to move countries on from lending programmes when they achieve higher income levels, allowing it to concentrate on the developing nations most in need of lending.

I am proud to have worked with Ivanka Trump, the World Bank, the G20 countries and others to launch the Women Entrepreneurs Finance Initiative, just one example of a pro-growth programme. This addresses systemic barriers in developing countries to economic participation by women. It enables women in poor countries to start businesses, succeed and fully take part in their economies.

The bank should also embrace its role in the G20’s debt transparency initiative, which requires borrowing countries and donors to disclose the terms of debt and resource contracts. Transparency is critical for the sustainability of economic development and the quality of the programmes being funded. Robust standards for transparent lending will enhance developing nations’ ability to adopt best practices.

Finally, the bank should also facilitate the adoption of best practices for encouraging broadly shared growth and prosperity. Developing nations can benefit from lessons learnt all over the world. Nations that foster innovation and freer markets, and that have lower taxes, fewer regulatory burdens, and stable currencies, tend to alleviate poverty faster than others. If more countries adopt pro-growth economic environments, the global economy will be stronger.

For poorer countries, the path to a higher standard of living is challenging. There is an urgency to achieving economic, social and environmental progress. Success requires the combined energy of each country’s men and women as well as the support of its leaders, neighbours and, in many cases, the broader global community. The World Bank is a key channel for this international support. It combines the resources of taxpayers worldwide to make loans and grants to governments which are seeking progress, and investments in businesses that could prosper and create jobs.

The US takes pride in the fact that it has been the biggest provider of global aid through public and private means. It does so because it aspires to lift billions of people out of poverty, subsistence and environmental distress. With leadership, innovation and the hard work of its dedicated professionals, the World Bank can help countries identify and pursue the best paths to success and play a key role in securing a more prosperous global future.

The writer is the US’s nominee to serve as president of the World Bank. He currently serves as under secretary of the US Treasury for international affairs and is an international economist